Morgan and Printz explained that what distinguishes Shadows within Warhol’s oeuvre is that it was conceived as “one painting” consisting of 102 equally sized canvases. Displayed at the Calvin Klein space are only about 48 of the original works, this final number determined by the dimensions of the exhibition center. The tour began in the middle of the space where visitors were encompassed on all four sides by Warhol’s large canvases, fully immersed in the varying colors and hues, from bright yellow to acqua violet, strongly contrasted by the black “shadows.” 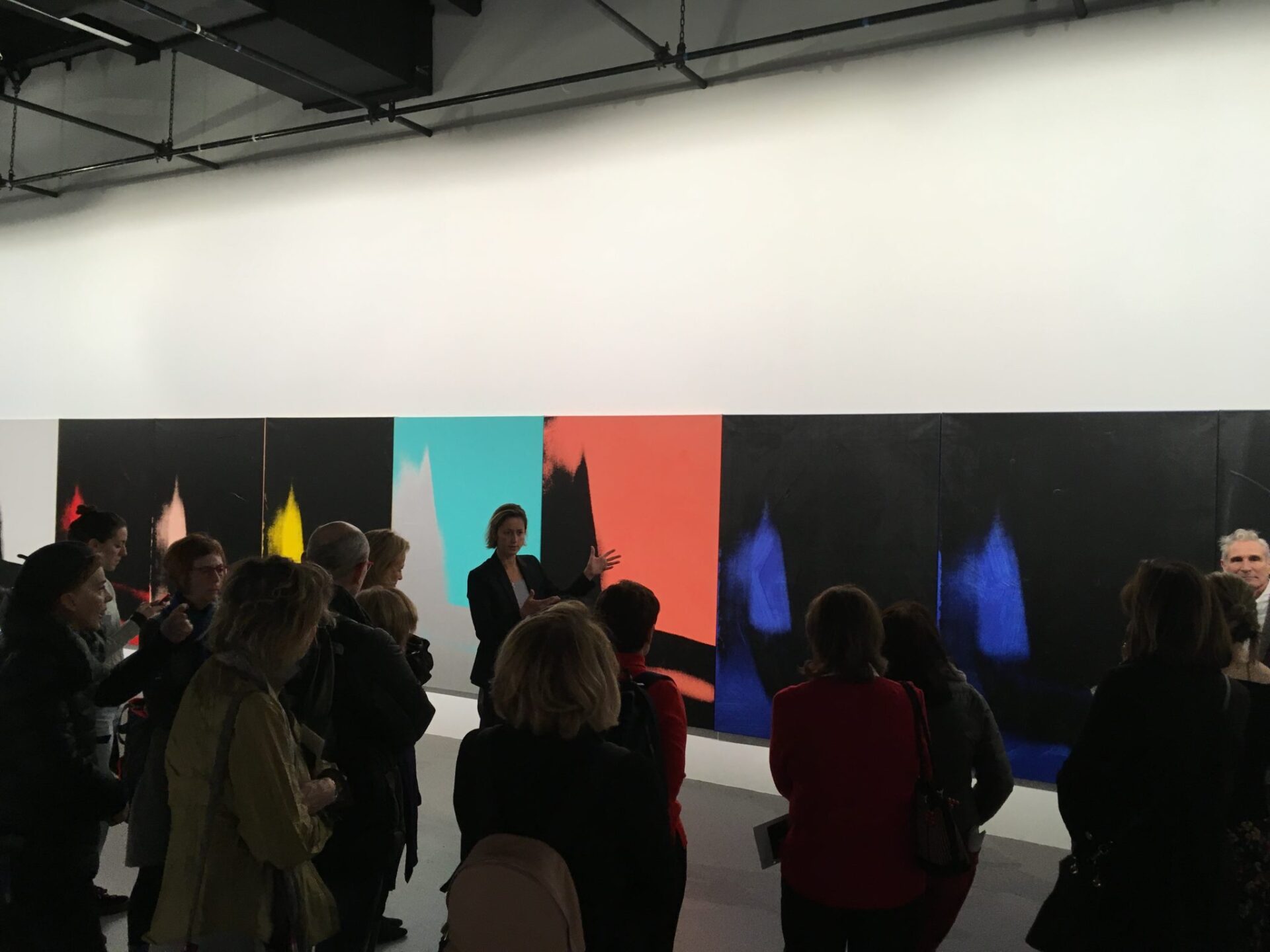 Morgan and Printz then led the group to view certain canvases up-close, where they discussed Warhol’s increasing interest in abstraction in the late 1970’s, clearly explored through the Shadows canvases. Printz noted the loose, gestural “mopping” visible in the canvases, and explained that these paintings demonstrate Warhol’s genuine interest in artistic method, composition, and style, marking him as a true, professional painter.

The Shadows exhibition was first presented at Henier Frierich’s gallery in New York City in 1979, where 83 panels were displayed, selected and arranged by Warhol’s assistants. Dia chose to show the selection of works to confirm the foundation’s mission of supporting artists and the long-term presentation of works of art. The exhibition is also intended to serve as a companion to the Warhol retrospective at the Whitney Art Museum. In February 2019 Shadows will be returning to the Dia Foundation’s location in Beacon, NY.