In the 1950s, Parviz Tanavoli went to Italy where he studied first in Carrara and then in Milan with Marino Marini. This lecture by Fereshteh Daftari will highlight the nature of the encounter between the Italian master and his pupil, who has come to be known as the father of Iranian modern sculpture. Tracing the trajectory of Marini’s influence as it was translated and expanded into a modernist language in tune with the Iranian context will be the focus of the presentation.

Curator and scholar Fereshteh Daftari received her Ph.D. in Art History from Columbia University (1988). Her dissertation, The Influence of Persian Art on Gauguin, Matisse and Kandinsky, was published in 1991. During her tenure at the Museum of Modern Art in New York (1988 – 2009), she curated a number of international exhibitions including Without Boundary: Seventeen Ways of Looking (2006). She was co-curator of Between Word and Image at New York University’s Grey Art Gallery in 2002, and Iran Modern at the Asia Society Museum in New York in 2013. She has also focused on contemporary art. Action Now, the first exhibition of contemporary Iranian performance art,  was held in Paris (2012); Safar/Voyage: Contemporary Works by Arab, Iranian, and Turkish Artists at the University of British Columbia’s Museum of Anthropology in Vancouver (2013); and Rebel, Jester, Mystic, Poet: Contemporary Persians at the Aga Khan Museum in Toronto  (2017). It then traveled to the Museum of Fine Arts in Houston and in 2020 it will go to the Asia Society Museum in New York.  Daftari has published widely and her most recent book is titled Persia Reframed: Iranian Visions of Modern and Contemporary Art (London: I.B. Tauris/Bloomsbury, 2019). 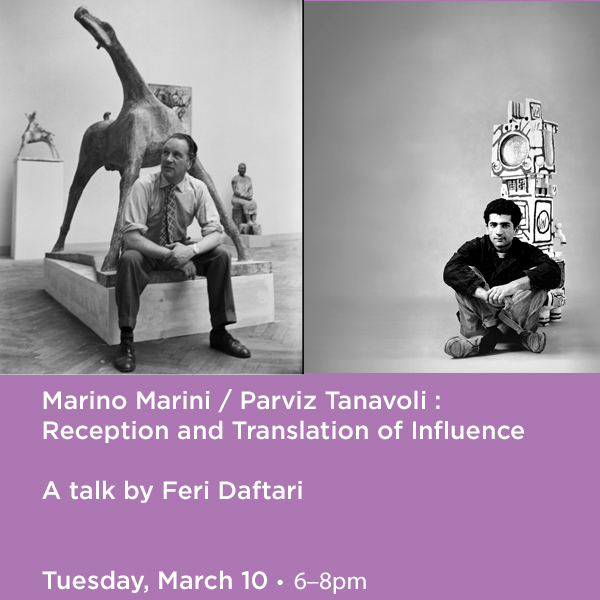