This lecture and Q&A, part of a broader series titled Schifano and Friends, will cover the Italian artist’s familiarity with Robert Rauschenberg and the impact that his work had on Schifano’s aesthetic sensibility.

This series of talks and conversations with art historians and curators, will highlight thematic and aesthetic intersections between the work of Schifano and that of American artists from the 1950s and 1960s.

Julia Blaut is Director of Curatorial Affairs at the Robert Rauschenberg Foundation. A graduate of Smith College, the Institute of Fine Arts, NYU, and the Whitney Independent Study Program, Blaut was formerly Assistant Curator at the Solomon R. Guggenheim Museum. It was at the Guggenheim that her work on Rauschenberg began, in connection with the artist’s late career retrospective in 1997. She has curated, taught, and published in the field of postwar American art.

This event is made free to the public thanks to funding from: 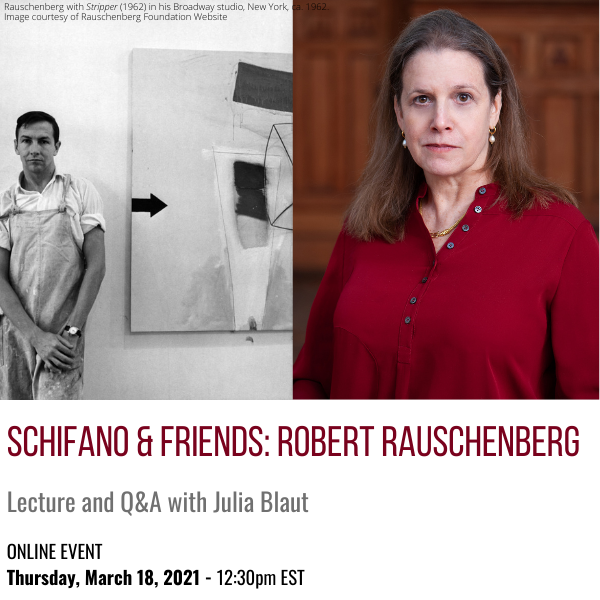