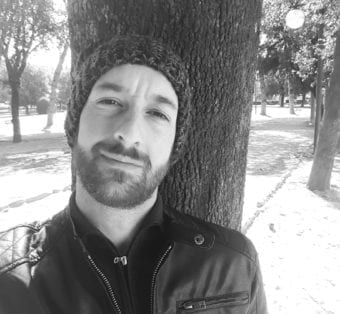 Michele Amedei received his Ph.D from the University of Florence, Pisa and Siena. Michele has always been interested in studying the lively exchanges between American and Italian artists. His research concerns, on the one hand, the presence of U.S painters and sculptors in Florence in the first half of the nineteenth century (this was the focus of his Ph.D dissertation) and, on the other, American artists such as John Singer Sargent, whose friendship with the Piedmontese painter Alberto Falchetti was the topic of an article he published in ‘Apollo’ in 2018. Most recently, Michele has directed his attention towards the connections between U.S. artists and the Florence Academy of Fine Arts in the first half of the twentieth century. He is also collaborating on the organization of an exhibition dedicated to the Romantic painter Giuseppe Bezzuoli, scheduled to open at the Galleria degli Uffizi in 2020. Between 2016 and 2017, Michele was the Terra Foundation Pre-Doctoral fellow at the Smithsonian American Art Museum. In September and October of 2017, he additionally received a bimonthly grant from the U.S. Capitol Historical Society, Washington, D.C. to support his Ph.D research.

As a fellow at CIMA, Michele will study Marino Marini’s connections with a group of American artists, art dealers and collectors including Joseph H. Hirshhorn, Curt Valentin, Alfred Hamilton Barr, Irving Penn and Alexander Calder, whom the sculptor befriended between 1948 and the 1960s.