CIMA is proud to host an evening celebrating the fourth edition of The Bridge Book Award, honoring 2018 Italian winners Luciano Funetta, for fiction, and Sandra Petrignani, for non-fiction. Maria Ida Gaeta, director of the Casa delle Letterature, Ann Goldstein, a former editor of The New Yorker magazine, and Tiziana Rinaldi Castro, Italian novelist and journalist, will facilitate the discussion. Excerpts from the winning books will be read by Montclair State University students Oscar Guevara-Perez and Domenica Russo, who translated them under the guidance of Teresa Fiore (Inserra Chair, MSU). The program will be chaired by the Consul General of Italy in New York, Francesco Genuardi.

The Bridge Book Award was created by the Casa delle Letterature of the Municipality of Rome, the American Initiative for Italian Culture (AIFIC), and the U.S. Embassy in Rome. It is designed to be a “bridge” that connects the cultures of Italy and America and promotes knowledge of the most recent literary trends in the two countries. The award is conferred annually on one work of Fiction and one work of Non-Fiction. Winners receive the translation of their texts into the opposite language. This IV edition has been sustained by additional institutions including the Center for the Book and for Reading of the Ministry of Cultural Heritage (Centro per il libro e la lettura; CEPELL), in collaboration with the Federation of Italian Writers (Federazione Unitaria Italiana Scrittori; FUIS), the Italian Consulate in NYC, the American Academy in Rome, the Center for Fiction in NY, and the Civitella Ranieri Foundation.

The 2018 American winners are Lesley N. Arimah for fiction (What It Means When a Man Falls from the Sky, Riverhead Books) and Arielle Saiber for non-fiction (Measured Words: Computation and Writing in Renaissance Italy, University of Toronto Press). The award ceremony for the American writers will take place at Museum of Contemporary Art of Rome (Macro) on November 14.

Luciano Funetta was born in Gioia del Colle, in the southern Italian province of Bari, and now resides in Rome, where he is part of the group of writers known as TerraNullius. He has published short stories in several magazines including Watt, Granta Italia, and Costola, among others. Hailed by critics, Funetta’s debut novel, Dalle rovine (Tunué), was a finalist for the 2016 Strega Prize. He has been awarded the 2018 Bridge Award in fiction for his novel Il grido, which was recently published by Chiarelettere.

Maria Ida Gaeta is director of the Casa Delle Letterature in Rome. She specializes in the philosophy of language. After working for several years as a researcher, Gaeta dedicated much of her subsequent career to the promotion of books, holding positions at cultural institutions such as the Sistema Bibliotecario Cittadino in Rome and the Italian Ministry of Culture. In 2000, she designed and supervised the construction of Rome’s House of Literature, the most important municipal institution dedicated to Italian and foreign contemporary literature. In addition to directing this establishment, Gaeta is the Curator and Artistic Director of the International Literature Festival, which takes place annually in Rome between May and June.

Ann Goldstein is a former editor at The New Yorker magazine. She has translated works by writers including Pier Paolo Pasolini, Elena Ferrante, Italo Calvino, and Alessandro Baricco, and is the editor of the Complete Works of Primo Levi (Liveright, 2015). She has had the honor of the receiving a Guggenheim Fellowship, as well as awards from the Italian Ministry of Foreign Affairs and the American Academy of Arts and Letters.

Tiziana Rinaldi Castro is an Italian novelist and journalist. She has lived in the United States since 1984, dividing her time between New York and Colorado. She teaches Ancient Greek Literature at Montclair State University. Castro’s publications include Come della rosa (Effigie Edizioni, 2017), Due cose amare e una dolce (E/O, 2007), Il lungo ritorno (E/O, 2001), Dai Morti (Ed. Ripostes, 1992), and, in English, Embroidered Stories (University Press of Mississippi, 2014). She has also written several short stories for literary anthologies and just completed her first novel in English. She is currently working on her next Italian novel and is a frequent op-ed writer for the Italian Newspapers Alias, Il Manifesto, Il Reportage, and La Repubblica.

Sandra Petrignani was born in Piacenza and now lives between Rome and the Umbrian countryside. Largely the result of her work in journalism, her first book, Le signore della scrittura (La Tartaruga, 1984), is a collection of interviews with ten great Italian writers. Since publishing her first novel, Navigazioni di Circe (Theoria, 1987), Petriginani has been praised for her integration of autobiography, fiction, and historical research into her narrative works. She was a finalist for the Strega prize twice, first for La scrittrice abita qui (Neri Pozza, 2002) and subsequently for Portrait of Natalia Ginzburg (Neri Pozza, 2018), for which she won the 2018 Bridge Award for non-fiction. 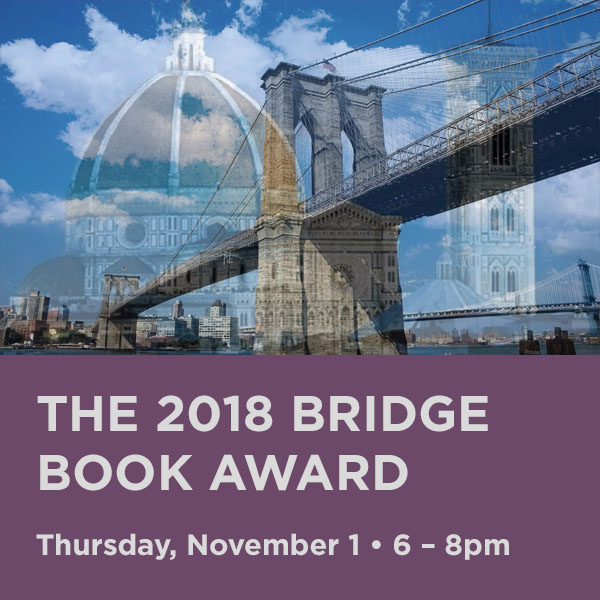