Alberto Savinio and his Other: Nivasio Dolcemare

A multifaceted and versatile artist crossing the boundaries of disciplines and genres, Alberto Savinio also multiplied his own self in autobiographical novels and stories through the invention of innumerable masks of his own persona. Among his many fictitious characters, however, one stands out: Nivasio Dolcemare. Nivasio is not only an anagram of his nom de plume, Savinio (itself a surreptitious name to distance himself from his brother de Chirico); it is also Savinio’s doppelgänger, a fictive character who shared his own childhood in Greece, his avant-garde friendships in Paris, and his career and marital life in Rome, but cannot be fully superimposable on his author. Nivasio is one of the keys to Savinio’s metaphysical enigmas. His recurrent presence in Savinio’s stories dissolves the contrasts between autobiography and surrealism, and between fiction and memory, with irresistible comic effects.

Franco Baldasso (Bard College) will introduce Savinio’s fascinating literary inventions and his many doubles, commenting upon excerpts from Savinio’s texts read by the poet Sara Fruner. 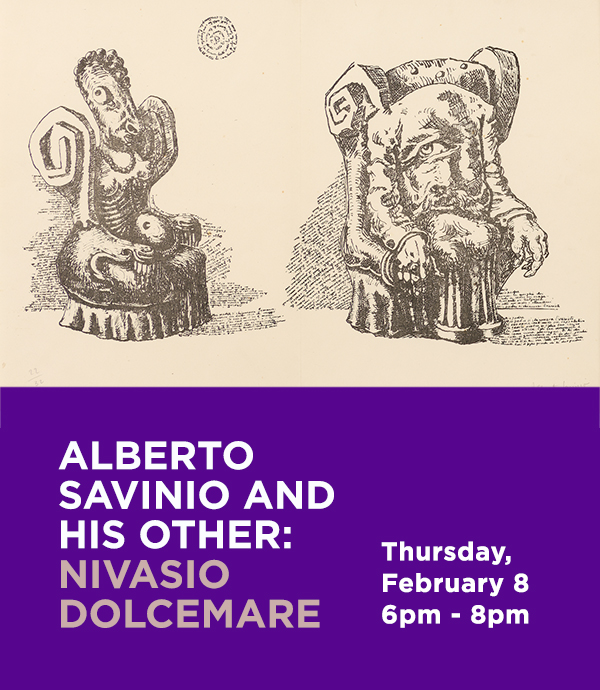