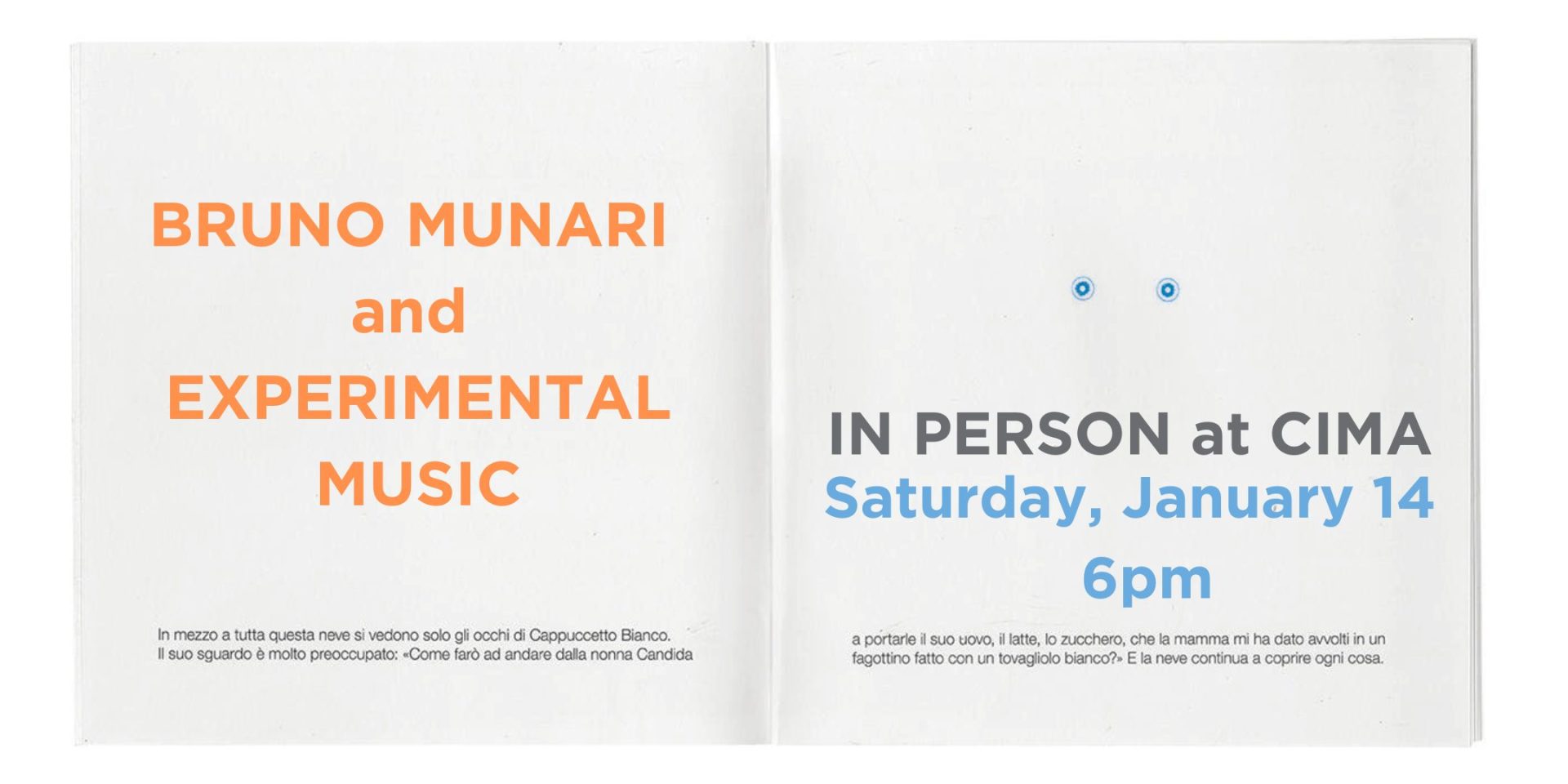 Join us for a talk and musical listening on Saturday, January 14 at 6pm at CIMA.

Along with his multifaceted accomplishments in the fields of painting, sculpture, graphic design and children’s literature, Bruno Munari also developed a deep relationship with the world of experimental music. In this event, music historian and composer Luciano Chessa will guide us through the listening and understanding of the ways in which Munari’s work intersected with the music of Luciano Berio, John Cage, Toru Takemitsu and Alexander Scriabin.

Luciano Chessa is a composer, conductor, performance artist, pianist, and music historian specializing in 20th-century Italian and 21st-century American repertoire. His compositions include the experimental opera Cena oltranzista nel castelletto al lago—a work of over 55 hours of fasting that was entirely live-streamed—and A Heavenly Act, an opera commissioned by the San Francisco Museum of Modern Art, with original video by Kalup Linzy. In New York alone, Chessa has been commissioned multiple times by the Performa Biennial, and in 2014 he presented three concerts at the Solomon R. Guggenheim Museum as part of the exhibition Italian Futurism, 1909-1944: Reconstructing the Universe. Chessa is the author of Luigi Russolo Futurist. Noise, Visual Arts, and the Occult (2012), the first monograph dedicated to Russolo and his “Art of Noise.” In 2009, his Orchestra of Futurist Noise Intoners (OFNI) was hailed by the New York Times as one of the best events in the arts; it continues to tour internationally.

The Sonus faber Il Cremonese speakers will deliver a superb listening experience of the work of these experimental music composers. Many thanks to our friends at Sonus faber for sponsoring the Munari exhibition and supporting us in this final event.