This conversation and Q&A, part of a broader series titled Schifano and Friends covers the Italian artist’s friendship with Jasper Johns, as well as the reciprocal influence each had on the other.

This series of talks and conversations with art historians and curators, highlights thematic and aesthetic intersections between the work of Schifano and that of American artists from the 1950s and 1960s. 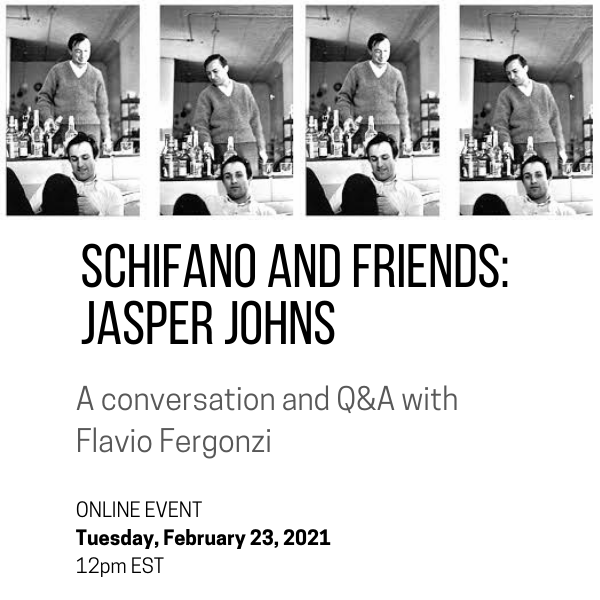