LOOKING FOR MUNARI: A talk by Paola Antonelli 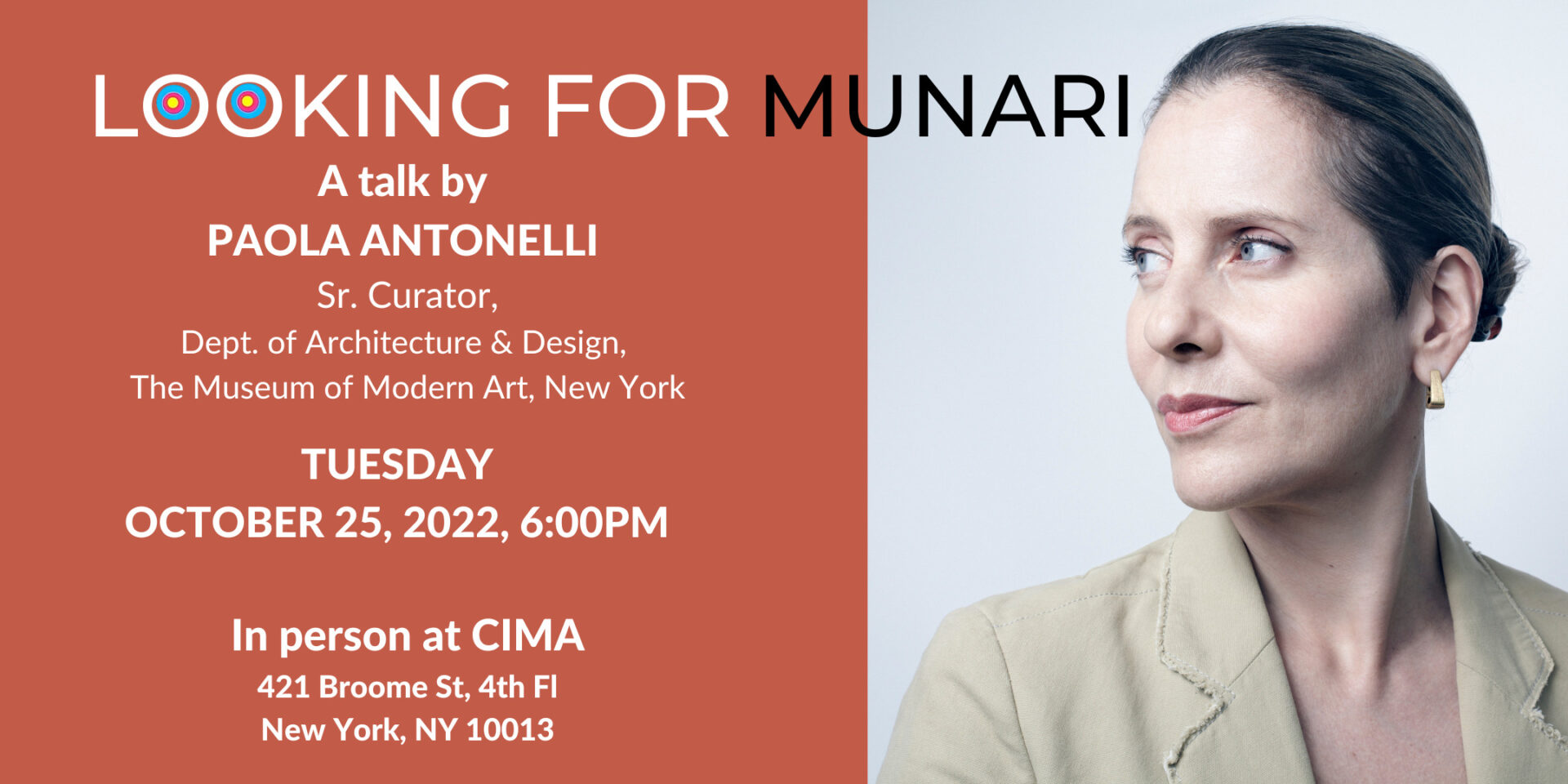 In conjunction with CIMA’s fall exhibition Bruno Munari: The Child Within, CIMA will host a talk by Paola Antonelli, Senior Curator in the Department of Architecture and Design at the Museum of Modern Art, New York. Her talk will be a disquisition on how traces of Munari’s witty, unique, unprejudiced approach to art and design can be found in the work of contemporary designers from all over the world.

Paola Antonelli is The Museum of Modern Art’s Senior Curator in the Department of Architecture & Design, as well as MoMA’s founding Director of Research & Development. Her work investigates design in all its forms, from architecture to video games, often expanding its reach to include overlooked objects and practices. Her exhibitions, lectures, projects, and writings contemplate design’s interaction with other fields (from technology and biology to popular culture) and with life – that of individuals, communities, and all species and things. A pasionaria of design, Paola has been named one of the 25 most incisive design visionaries in the world by TIME magazine, has earned the Design Mind Smithsonian Institutions National Design Award, has been inducted in the US Art Directors Club Hall of Fame, and has received the AIGA and the London Design Medal, and the German Design Award, among other accolades. Her goal is to promote design’s understanding until its positive influence on the world is universally acknowledged and put to good use.

A small refreshment will be served.