The talk will explore the friendship between two of the most celebrated sculptors of the 20th century, Henry Moore and Marino Marini. Having met through the New York art dealer Curt Valentin, throughout the 1960s and 1970s they often spent time together on the coast of Tuscany in Italy, where Marini lived and Moore had a holiday home. In 1962 Marini made a portrait bust of Moore at his Forte dei Marmi villa. United by a love for Michelangelo’s sculpture, which was famously made from marble sourced from the nearby quarries in Carrara, and by a desire to both revisit and modernize the European tradition of sculpture, of which Tuscany offered many exceptional examples, Moore and Marini shared many creative concerns and greatly admired each other. The talk will also consider the network of friendships and professional contacts around the two sculptors, from the master carvers at stone merchants Henraux to prominent artists and intellectuals such as Jacques Lipchitz and Eugenio Montale. 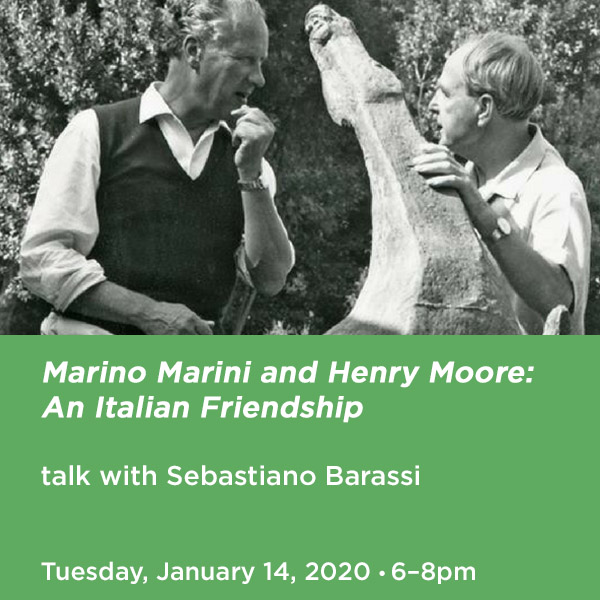