2018 marks the 50th anniversary of the year that has become a symbol in Western history of an era of revolutionary political protest and social change. Join us for a special evening with artist Richard Nonas in conversation with Nicholas Fox Weber, Executive Director of the Josef and Anni Albers Foundation, and Laura Mattioli, Founder and President of CIMA, as they share memories of and reflect on the import and legacy of 1968.

The month of May in particular marks the 50th anniversary of the student protests in Paris, an uprising that shut down the capital and soon spread to the rest of the country, spurring the occupation of universities and a general strike involving millions of workers. The sculptor Richard Nonas was in Paris at the time, a participant in the protests; Nicholas Fox Weber was at Columbia in the spring of 1968, where student demonstrations closed the campus, and Laura Mattioli was a student at the Liceo Parini, a center of the protests in Milan.

Richard Nonas is an artist born and living in New York. Following his education in literature and social anthropology, Nonas worked as an anthropologist for 10 years, doing field-work on American Indians in Northern Ontario, Canada, and in Northern Mexico and Southern Arizona. His anthropological work left a deep imprint that affected his sculptural practice, which he began in the mid-1960s at the age of 30. Through a Minimalist vocabulary and throughout his career, Nonas has developed an artistic practice engaged with the issue of place. Many of his works—made of such materials as timbers, linear beams, granite curbstones, and steel planes—rest directly on the ground and function less as formal aesthetic objects, and more as spatial markers. His forms serve to interrupt the space, calling attention to the non-specificity of the forms on the one hand, while creating a charged sense of space on the other.

Nonas has exhibited extensively throughout the world, making floor-based and wall-mounted works that range in scale and are situated both indoors and out; such as, the permanent installations at the abandoned village, Vière et les Moyennes Montagnes, Digne-les-Bains, France in 2012 and at the Fondazione Ratti, 2003-11. His most recent solo exhibitions include The Man in the Empty Space at MASS MoCA, Massachusetts, 2016, and Richard Nonas: ridge (out, away, back) at the Art Institute in Chicago, 2016-17. He spoke at CIMA in 2015, on the question of sculptors who photograph their own work, in connection with the Medardo Rosso exhibition.

Nicholas Fox Weber is a cul­tural his­to­rian. He is the Exec­u­tive Direc­tor of the Josef and Anni Albers Foun­da­tion and has writ­ten exten­sively about each artist as well as curated many major exhi­bi­tions and ret­ro­spec­tives of their work. Weber is a grad­u­ate of Colum­bia Col­lege (B.A., major in Art His­tory) and Yale Uni­ver­sity (M.A., Art His­tory; Fel­low­ship in Amer­i­can Art). He is the author of four­teen books includ­ing The Bauhaus Group, Le Cor­busier, The Clarks of Coop­er­stown, Balthus A Biog­ra­phy, Patron Saints, The Art of Babar, and The Draw­ings of Josef Albers. Weber currently working on a full-scale biog­ra­phy of Piet Mon­drian to be pub­lished by Alfred A. Knopf. He spoke at CIMA in 2015, in connection with the Study Day on Alfred Barr and Margaret Scolari Barr.

Laura Mattioli is the Founder and President of the Center for Italian Modern Art and serves on its Advisory Committee. An art historian, curator, and collector, Mattioli specializes in 20th-century art and has served since 1983 as the curator of the Gianni Mattioli Collection, considered one of the most important holdings of Italian avant-garde and modern art. Recent notable exhibitions curated by Mattioli include Barry X Ball, Portraits and Masterpieces (2011) presented at the Ca’ Rezzonico in coordination with La Biennale de Venezia; Boccioni’s Materia: A Futurist Masterpiece and the Avant-garde in Milan and Paris (2004) at the Solomon R. Guggenheim Museum, New York; and Morandi Ultimo, nature morte 1950 – 1964 (1998) at the Peggy Guggenheim Collection. 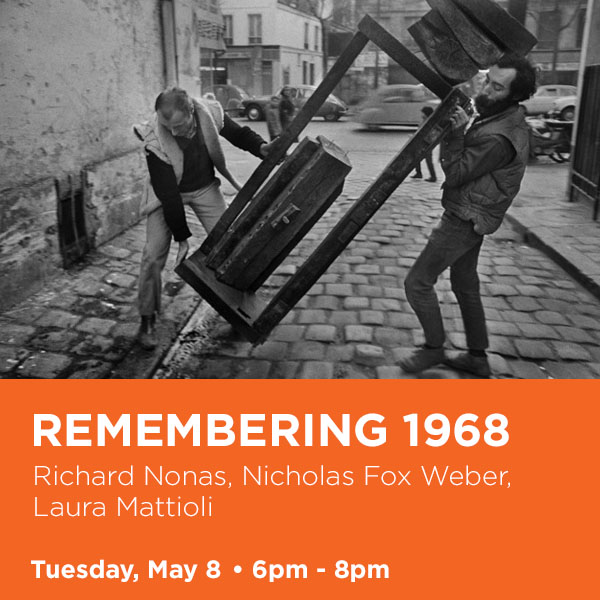