For its 2018-19 academic year, the Center for Italian Modern Art presented its first group show, Metaphysical Masterpieces 1916-1920: Morandi, Sironi, and Carrà, in collaboration with Pinacoteca di Brera, Milan, and curated by that museum’s Director James Bradburne in collaboration with CIMA President Laura Mattioli.

The exhibition focused on a short period that ends the first phase of the avant-garde movements of Cubism in France and Futurism in Italy and blossoms into a new poetics, which will eventually lead to the “Return to Order” in the first years of the 1920s.

In 1916 the war takes victims among the artists at the front, including Umberto Boccioni (August 16, 1916) and Antonio Sant’Elia (October 10, 1916), while Guillaume Apollinaire is gravely wounded on March 17th the same year. A general re-thinking about painting begins and new investigations develop that see the birth of ‘metaphysical’ painting in Ferrara, where Giorgio de Chirico and his brother Alberto Savinio are sent by the military command. There they meet, among others, Carlo Carrà and Filippo de Pisis, with whom they strike up a fruitful friendship. Giorgio Morandi, called up in 1915, is immediately taken seriously ill and discharged after only two months. He returns to work, despite his unstable health, where he meditates on the previous avant-garde experiments and explores the significance of the new metaphysical works. Mario Sironi, discharged from the front in 1918, establishes himself in Milan the following year and becomes one of the most dramatic witnesses to this critical moment in Italian Modern art and the opposing poetics of Futurism and metaphysical painting. From 1918 to 1921 the painter and collector Mario Broglio publishes the magazine of art criticism “Valori Plastici,” which becomes for all these artists the primary way to meet and discuss their work in an international context, favoring their return to classical themes and forms in the following years.

The rare works from these years were primarily acquired by a few ardent Milanese collectors, including Carlo Frua De Angeli, Emilio Jesi, Riccardo Jucker, Gianni Mattioli, and Lamberto Vitali. The Frua collection has since been dispersed; Riccardo Jucker’s artworks were acquired by the Comune di Milano and are currently the core of the city’s Museo del 900. Gianni Mattioli’s collection, still with his heirs, has been promised on long-term loan to the Pinacoteca di Brera, the museum to which Emilio Jesi and Lamberto Vitali also donated their artworks.

This extraordinary exhibition was made possible by unforeseen delays to the rehabilitation of the Palazzo Citterio in Milan, an historic palace adjacent to the Brera purchased in 1972 to house the museum’s magnificent 20th-century collections. The exhibition at CIMA offered to the American and international public a preview of the newest Milanese public institution for modern art, scheduled to open as Brera Modern in 2020.

For press queries and image requests:

With the patrocinio of:

Thanks to our in-kind sponsors: 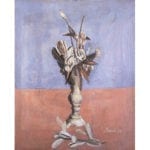 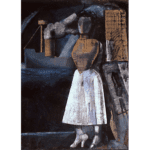 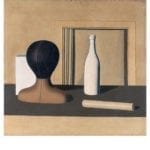 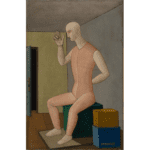