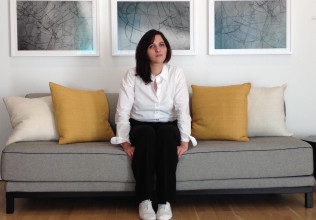 Lucia holds a Ph.D. in Art History from the École des Hautes Études en Sciences Sociales (Paris) and the Scuola Normale Superiore (Pise) where she completed her dissertation “Painting and Politics during the Italian Fascism: ‘Italianities’ in Conflict (1922- 1943)” under the supervision of professors Éric Michaud and Mario Pezzella. As a Researcher Assistant she worked during a four-year experience (2009-2012) at the Institut National d’Histoire de l’Art (INHA) in Paris, involved in the historiographical research axis National Issues of Artistic Discourses, 1900-1950 directed by Anne Lafont. She has been a tutor in Art History at the University Panthéon-Sorbonne since 2011 and received a postdoctoral fellowship (2014-2015) at the Deutsches Forum für Kunstgeschichte under the annual program The Liberated Paris and the Arts headed by Laurence Bertrand Dorléac and Thomas Kirchner.

Her research for CIMA deals with the deeply human and anti-technological dimension of Morandi’s still lifes, focusing on writings about the relations between man and technique of German philosophers Oswald Spengler and Walter Benjamin, two main and antagonist figures of the 1930s.