For its fourth season, CIMA presented an exhibition exploring the relationship between one of Italy’s greatest living artists, Giulio Paolini (b. 1940), and one of its most celebrated modern masters, the Metaphysical painter Giorgio de Chirico (1888–1978). Paolini has often expressed his admiration for de Chirico, hailing him as an “illustrious model” and incorporating numerous references to the artist in his own photographs, sculptures, and drawings throughout the course of his career. CIMA’s show featured an ongoing conceptual work by Paolini, Interno metafisico (2009–16), reconceived specifically for CIMA’s galleries, as well as a series of historical and new works related to various tropes in de Chirico’s paintings. The installation also showcased a selection of de Chirico’s most iconic Metaphysical masterworks, on view in the U.S. for the first time since 1970, including most notably Le Muse Inquietanti (The Disquieting Muses) (1918). The exhibition marked the first time the relationship between de Chirico and Paolini has been explored in depth through a focused exhibition; it also represented the first time that CIMA closely examined issues of post-war Italian art.

Highlights from the season’s public programming include two Study Days: one organized by CIMA’s fellows and devoted to the construction of identity and the reception of both artists’ work; the other organized by Distinguished Professor of Art History Emily Braun and focused on issues of postmodernism and Italian art. Ara Merjian spoke on de Chirico’s “Willful Claustrophilia,” and Neil Printz on Andy Warhol and de Chirico. Artists Lisa Yuskavage, Matvey Levenstein, and Stephen Ellis discussed de Chirico’s late work, CIMA hosted its first poetry evening; continued the tradition of Drawing Nights, inviting artists from the International Studio and Curatorial Program (ISCP) in Brooklyn to lead the programs; and introduced a new arts workshop for children, called CIMA Kids!

With the Patrocinio of: 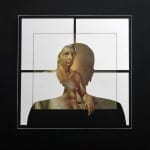