On Tuesday June 8th, CIMA members and staff were invited to go on a private tour of the Frick collection, which is currently on display at the Breuer building while the Frick mansion is undergoing renovation and expansion. The former home of the Whitney Museum of American Art and the Met Breuer, 945 Madison Avenue at 75th Street will exhibit the Frick collection through 2022. The new presentation of the Frick’s collection of paintings, sculptures, and decorative arts was overseen by Xavier F. Salomon, the Frick’s Deputy Director and Peter Jay Sharp Chief Curator, in collaboration with Curator Aimee Ng. We had the special opportunity to receive a museum tour and curatorial talk by Xavier Salomon.

Known for its distinguished Old Master paintings and extensive collection of decorative arts and European sculpture, The Frick Collection was founded by Henry Clay Frick (1849-1919), the American industrialist and art collector who bequeathed his art collection and Upper East residence to form The Frick Museum. Frick had always intended that the Gilded Age mansion, built in 1914, would become a public museum after the family no longer resided there. Since the museum’s opening in 1935, the collection has doubled in size and continues to expand following the original tastes, spirit, interests, and collecting methods of the museum’s eponymous founder.

During the guided tour of the Frick galleries, Salomon provided a comparative analysis of the architectural design and layout of the Frick mansion and Breuer building. The historic Frick mansion—with its world-class paintings and sculptures integrated thoughtfully with antique furniture, Chinese porcelains, Limoges enamels, Persia rugs, and other decorative arts among the elegant living spaces of the former residence— “evokes the splendor and tranquility of a time gone by.” Meanwhile, Breuer’s modernist creation of stone and concrete carries a more modern association. Designed by the Hungarian-born modernist architect Marcel Breuer, the temporary home to the Frick collection has a crisp granite exterior with ascending edges that imposes itself as a modernist architectural statement challenging the predominantly neoclassical and Art Deco urban design of the upscale neighborhood it resides. This historic building, usually described as modernist or brutalist in its deliberate plainness and stark heavy appearance, is stylistically very different to the Frick neoclassical mansion. Breuer designed this building with the Whitney in mind—and thus, intended it to house modern and contemporary art without considering the possibility that Old Master paintings would be exhibited inside.

Following this, Salomon shared the curatorial questions, obstacles, and opportunities that surrounded the task of reframing The Frick Collection in this completely new context. He shared that there were two main concerns that the curators had to face when planning and executing this new presentation of the collection. Firstly, there was the challenge of translating the collection to a new space, especially a space that was created to house and complement a more modern aesthetic. During the tour Salomon spoke to the importance of context in how it relates to and accentuates certain aspects of a collection, or conversely can mute some facets of the same art collection. The architecture, layout, and interior furnishings of a museum inform how we move around space and where our eyes and attention travels—thus defining our overall experience as viewers. The original exhibition place of the Frick mansion made it so that our viewing of the collection was inseparable from the overall lifestyle and taste of the mansion’s original owner: the art is exhibited within Frick’s former home and so, we see all of the paintings, decorative objects, and interior furnishings together at once as a general aestheticization of a domestic space.

When exhibited at the Frick Madison, the collection is separated from its highly decorative home and instead placed in a more muted space.

The museum staff decided to organize the exhibit in a way that follows and complements the existing architecture of the building. For instance, the dark wooden parquet floors on the second floor are compatible with the somber moods and darker psychological undertones of Northern Renaissance, Dutch and Flemish painting. Meanwhile, the strong materiality of the bluestone flooring on the second floor pairs well with the material opulence and craftsmanship of the collection’s luxury goods and decorative arts: Limoges enamels, marble sculptures, textiles, porcelain vases and Renaissance bronzes, among others. Moreover, the third floor’s double height ceiling enhances and complements the great size and grandeur of French 18th and 19th century paintings. The Frick curators embraced these fortunate pairings between the Breuer-designed architecture and Frick collection, organizing the galleries to emplify these aesthetic compatibilities.

Curators also wished to create complementary pairings between the Breuer building’s architectural design and singular pieces in the Frick collection. A key example is the presentation of Giovanni Bellini’s 1480 “St. Francis in the Desert,” a painting that portrays the 12th-century saint stepping out of his cave into the sun. Mystical light in the shape of golden rays from the top left corner shower over Saint Francis. This painting is exhibited across from one of the distinctive, asymmetrical windows designed by Breuer. Salomon shared that this pairing was intended to marry what is arguably the best painting from the Frick collection with one of the most characteristic, architectural features of the building. The painting is shown in single isolation in an intimate space that is slightly closed-off from the rest of the collection—an arrangement that is meant to operate like a secular chapel for Bellini. During the day, sun shines through the large trapezoidal window and replicates the divine light that comes through from the left of the Bellini artwork.

The second main curatorial concern surrounds the deconstruction of the collection: picking apart the collection to singularly highlight things overlooked in the original layout, thus allowing for novel encounters and allowing the invisible material to become visible. Part of this task entailed reconsidering groupings of artworks and the spatial arrangement of pieces. The department decided to assemble the collection according to chronology and geography—a traditional organization system adopted by most museums, but something that has not been previously done to the Frick collection. While the original organization of the collection had to follow the interior design of the Frick mansion, at this new location the curatorial department was able to design new hallways, rooms, and spaces that display novel arrangements. To borrow from, The Frick Museum’s statement, “Highlighting strengths in particular schools and genres, the display will present the collection in galleries dedicated to Northern European, Italian, Spanish, British, and French art, setting the stage for rooms dedicated exclusively to works by individual artists, including Vermeer, Rembrandt, and Van Dyck.” Salomon further states that, “through fresh juxtapositions we will present our masterpieces in a completely different light, revealing unexpected relationships between subjects, artists, and media.”

A key example is the monumental bronze sculpture of an angel made in 1475 and attributed to Jean (Jehan) Barbet. Originally displayed in the garden of the Frick mansion, it now is exhibited at the front of the first floor, welcoming visitors as they exit the elevator. In this new placement, the incredibly rare sculpture is now the first artwork viewers see when they enter the Frick galleries. Other rarely displayed works of art, like all fourteen paintings of Fragonard’s Progress of Love series (including three panels that have been in storage much of the time since Mr. Frick purchased the set for his home in 1915), are publicly exhibited for the first time. 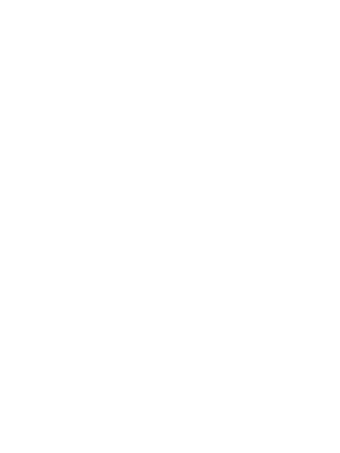 Frick’s collection is rich in both visual and decorative arts. Distancing the master paintings and collectable furniture can encourage viewers to look more closely at the design, quality and masterwork of the decorative arts. The current installation at the Bruer building features display rooms dedicated to specific works of Renaissance bronze figures, portrait medals, French furniture, Asian and European porcelain, French enamels and important European clocks. Moreover, these pieces are exhibited in novel ways that display furniture almost as sculpture, as to promote a more active engagement and viewership: for instance, vases are exhibited slightly elevated above tables and single Indian tapestries are exhibited singularly on a wall. According to one of the Frick’s curatorial statements, “this mode of presentation will offer fresh insights on the breadth of decorative arts acquired by Henry Clay Frick and subsequent acquisitions made by the museum’s Trustees.”

While embracing the new curatorial opportunities offered by the Breuer gallery space, Salomon and the rest of the curatorial department still maintained some of the quintessential aspects of the Frick museum experience. The museum has always maintained an emphasis on intimate encounters with both art and architecture and allows direct access to objects without the interference of vitrines or stanchions, so they decided to maintain this special unique experience at the Breuer building.

As a result of this new translation and deconstruction of the collection, our viewing experience allows for a more cohesive presentation of the specific interests and tastes of the museum’s founder. That is, by separating the home and art that adorns it, we can look at the collection by itself and consider Frick’s collecting methods without the intervention of domestic decor.

The museum tour was colored by Xavier Solomon’s uniquely curatorial perspective on the selection and organization of the Frick collection at the Breuer building. This private tour of the collection during closed hours was made more special by the curatorial insights and commentary Salomon shared. CIMA members and staff were treated to a truly wonderful tour and look forward to more of Salomon’s fantastic talks on the collection and its history on “Cocktails with a Curator”—the weekly webinar series in which a Frick curator remotely offers insights on a work of art.