Marian Goodman Gallery is currently exhibiting a series of canvases, drawings, and sculptures by Turin-based Giuseppe Penone (born 1947, Garessio, Italy), a prolific multimedia artist with a career spanning over four decades. On the afternoon of April 8th, 2021, CIMA members were given a walking tour of the exhibit by the gallery’s Executive Director Leslie Nolen.

Known for being a protagonist of the Arte Povera movement, Penone works in a variety of mediums including sculpture, performance, photography, painting and works of paper. He is interested in the link and relationship between man and the natural world—in particular, he aims to challenge the boundaries between natural structures and our human bodies, while merging the artistic process of image-production with the natural process of growth and aging. 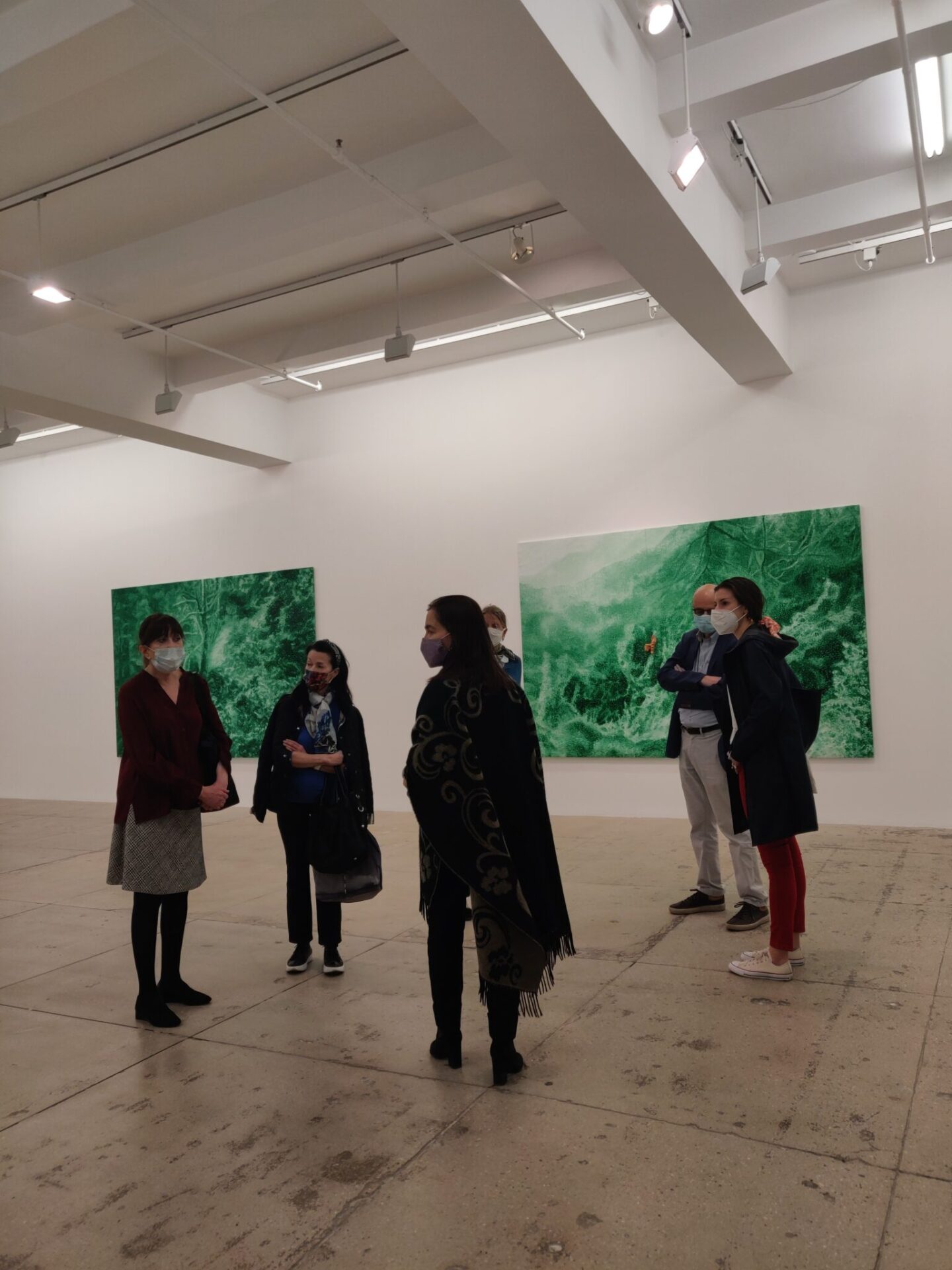 At the center of this exhibit’s conception is Walt Whitman’s Leaves of Grass (1855), which is exhibited on the far-end of the gallery, on loan from The Morgan Library. Penone owned a personal copy of the book and was inspired by the verdant cover of Whitman’s first edition, which was printed, bound and set in type by the poet in 1855. Hanging on the adjacent walls are six works from Penone’s twelve-canvas series Leaves of Grass (2012), each depicting a different nature landscape rendered in the same luscious, green paint. The panels correspond to the twelve original poems in the eponymous first edition book. 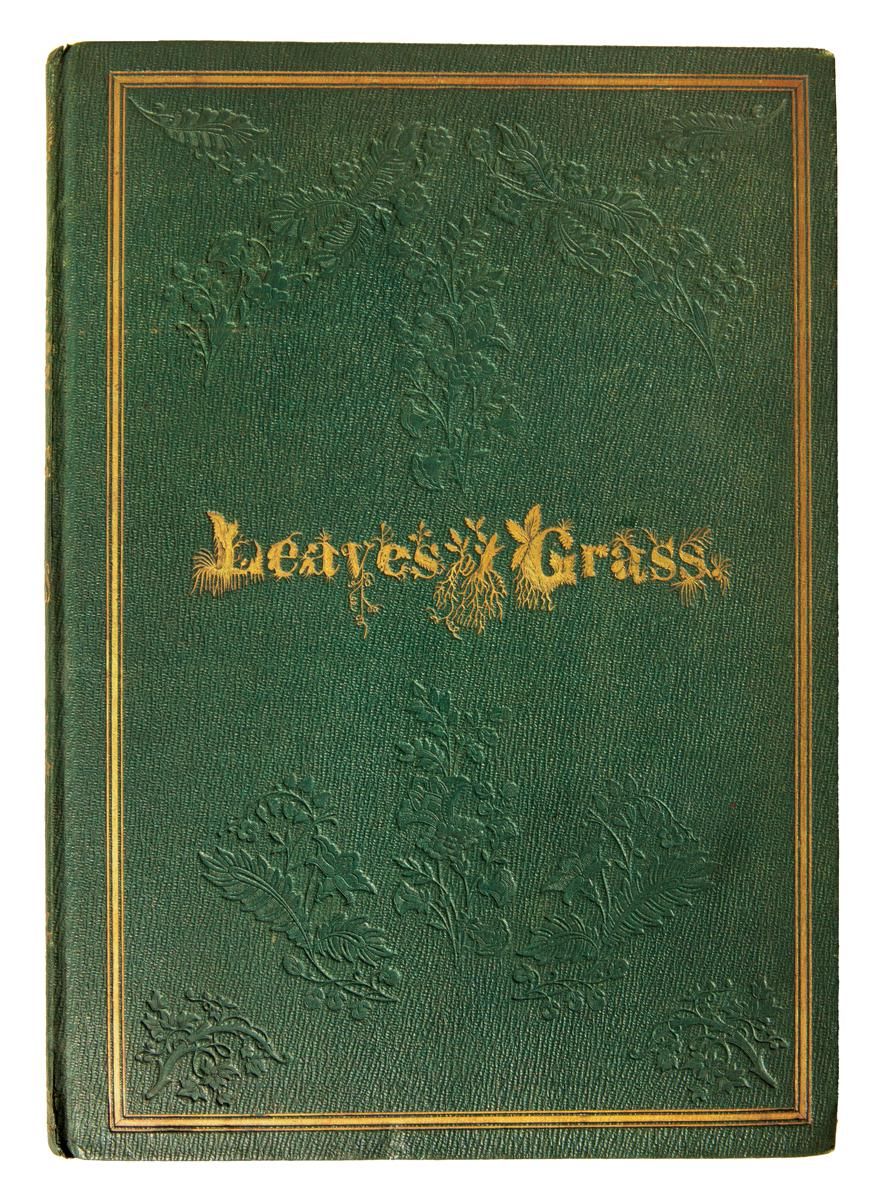 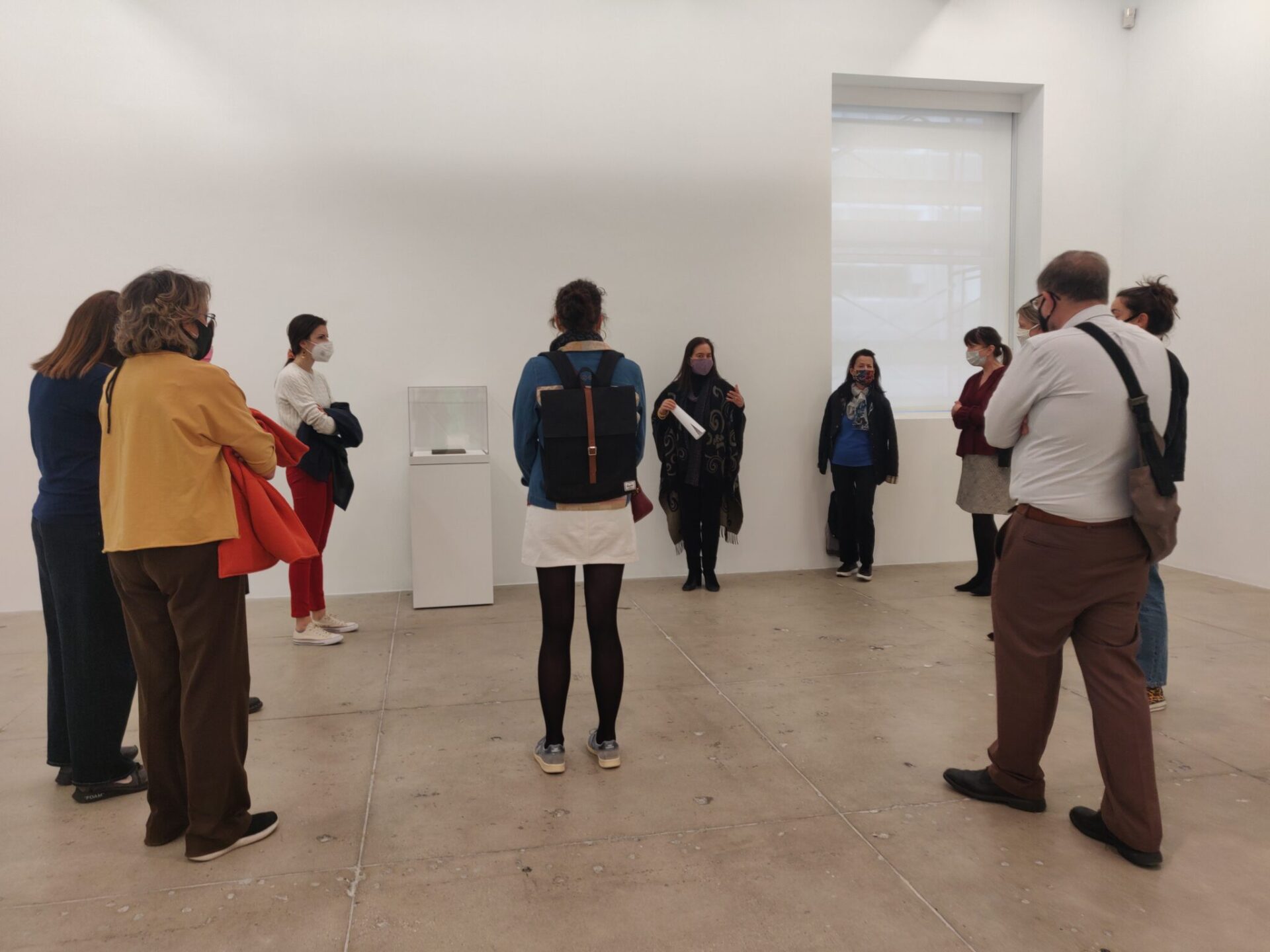 Each canvas is scaled to a ratio that echoes the Whitman first edition, approximately seven times larger, and is covered in green fingerprints stamped by Penone. Ms. Nolan explained that Penone was not working from photography but rather drawings of nature, signaling a more intuitive relationship to landscapes. The laborious and time-consuming task of creating these large-scale panels—which feature around 70,000 accumulated fingerprints—demonstrate Penone’s emphasis on process and tactility. 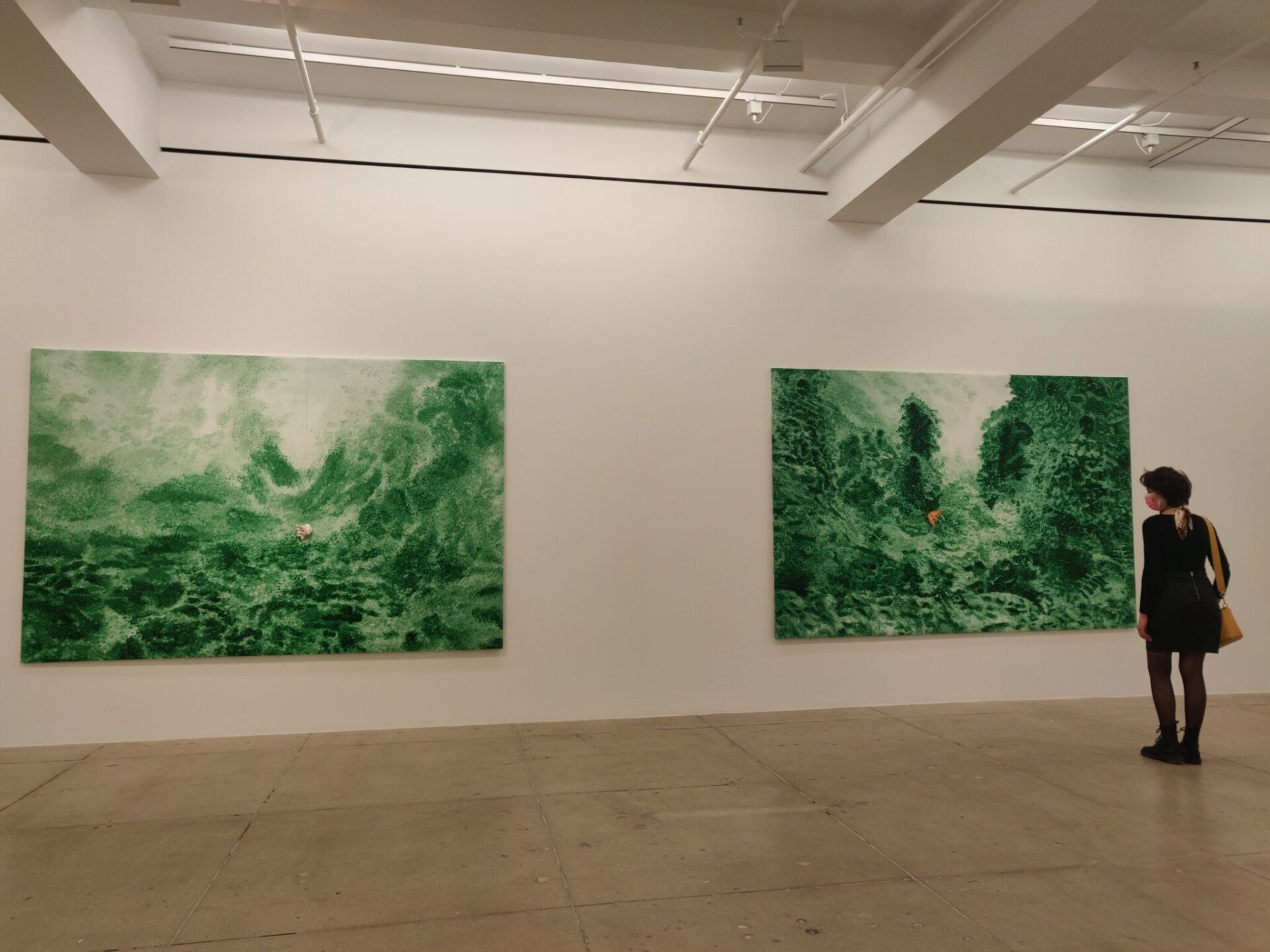 Hanging from each canvas is an organically-shaped terracotta sculpture made from earth sourced from twelve different U.S. states and formed by clasping handfuls of earth. In these pieces the fertile soil—which serves as a natural medium and sustainer of plant life—doubles as a sculptural medium. Shaped into the impression of Penone’s hands, the fired clay sculptures align with the artist’s aims to assimilate the natural world with his artistic practice, to unify art and nature. Because each sculpture is colored with a hue unique to the properties of the soil it is made from, each is singular in its materiality and composition: every piece is directly related to a specific landsite and its earth. 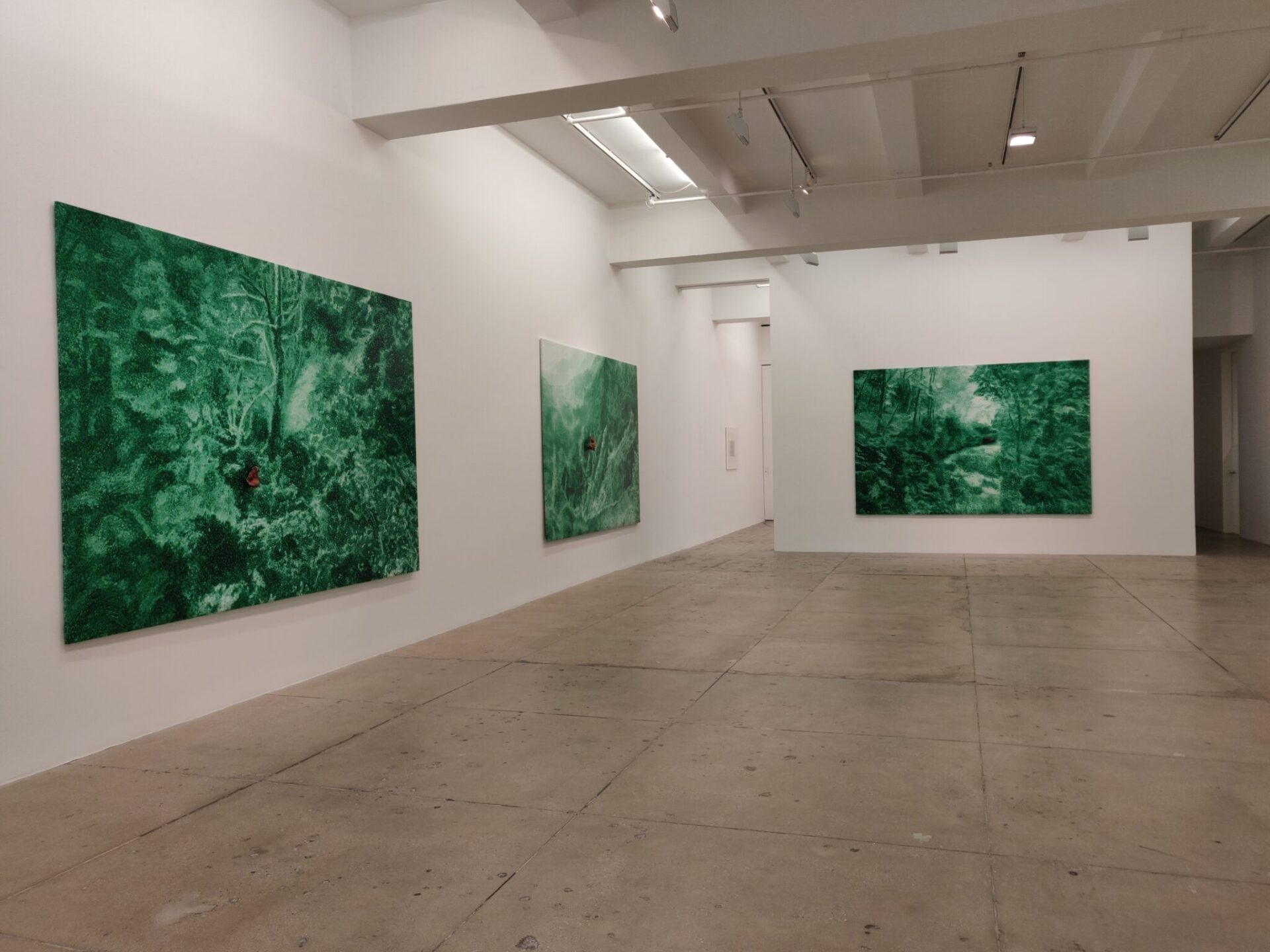 Penone’s works on paper carry similar associations to land, environment, and transference of pigment from natural materials. In the North Gallery Viewing Room, a series of drawings titled Foglie (Leaves) from 2014 traces indexical gestures, imprints in ink and pigment along with collaged leaves and vegetal forms. In these pieces, the relationship between what is found or foraged and what is eventually transferred to the page through this inexact process is punctured with chance. 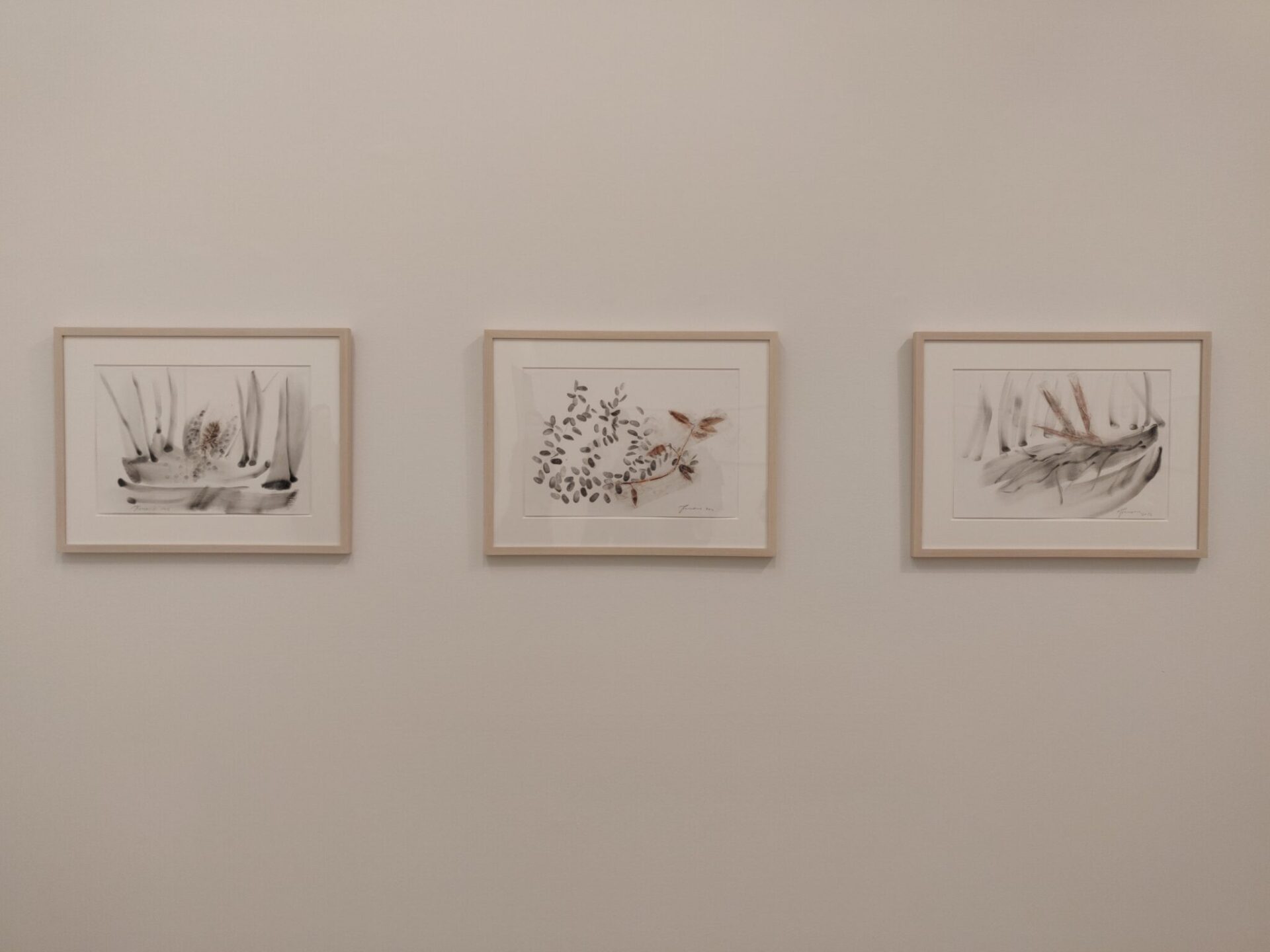 Some of these pieces are reminiscent of leaves falling or blowing in the wind, others look like foliage collecting on the forest floor. Together, they capture nature’s vitality and animation. To Penone, the Foglie drawings depict “a drapery of the forest’s leaves, each unique, absolute, unrepeatable, which redress the forest’s body like skin.” 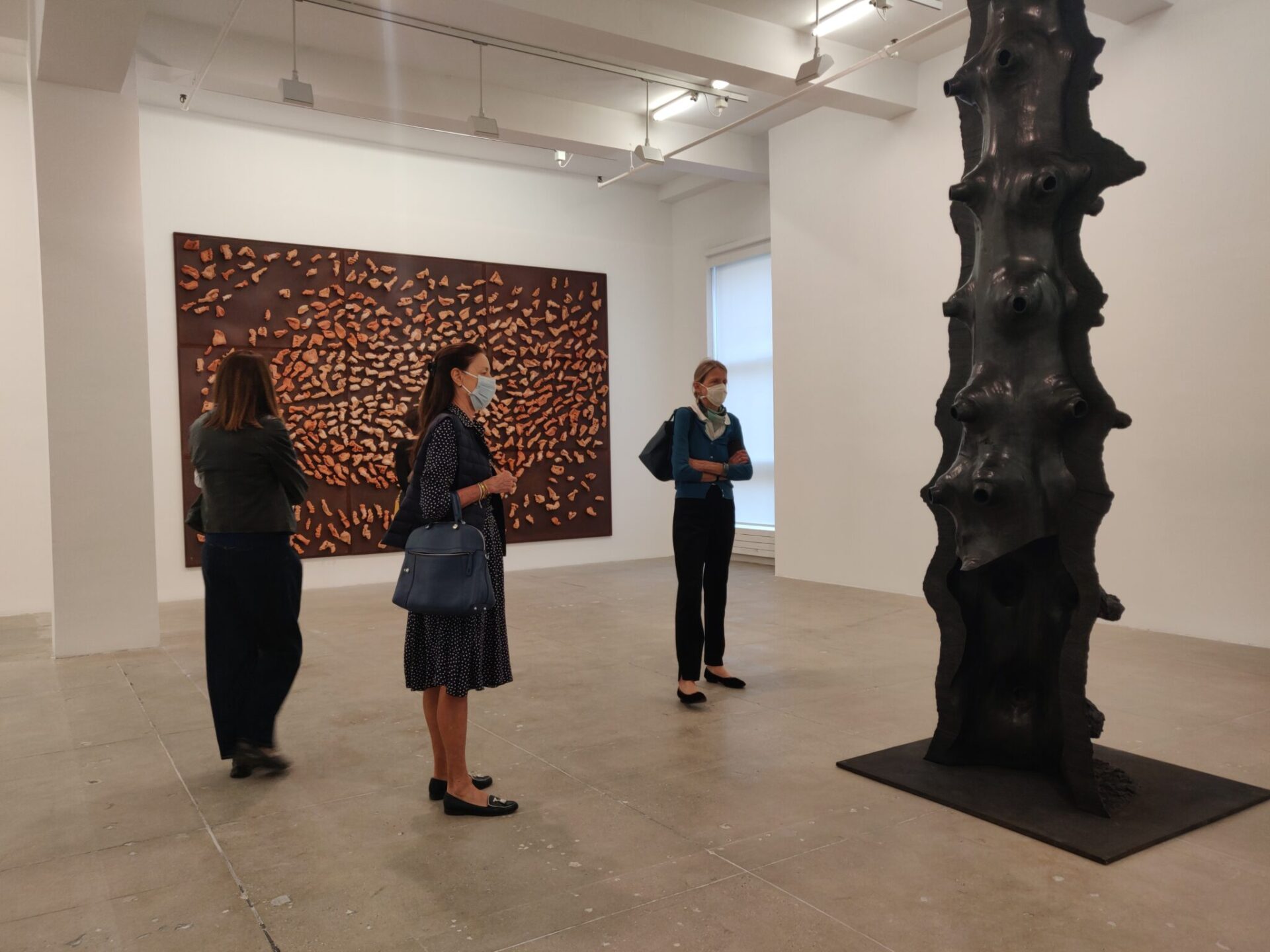 Ms. Nolen then walked us to the South Gallery to see some of Penone’s small- and large-scale sculptures. The 2015 sculpture Artemide (Artemis) was casted from a real tree—half of the sculpture modeled from the interior and the other half from the exterior of the tree, presented here in both positive and negative forms. Trees are a common motif in Penone’s work and they serve to reveal the disarming similarities between “bark and skin, branches and limbs, trunk and torso.” On a similar vein, Artemide evokes the female body through its volumes and dimensions which—coupled with the title’s allusion to the Greek goddess of nature, hunt, and chastity—implies nature and fertility. Regarding this work, Penone has said that it “shows how close the tree is to us in some details of its form. The relationship between void, absence, and solid, presence, can prompt us to think about the precariousness of our existence, but the figure of the tree trunk bears witness to the fertility and vitality present in the myth of Artemis and in nature.” 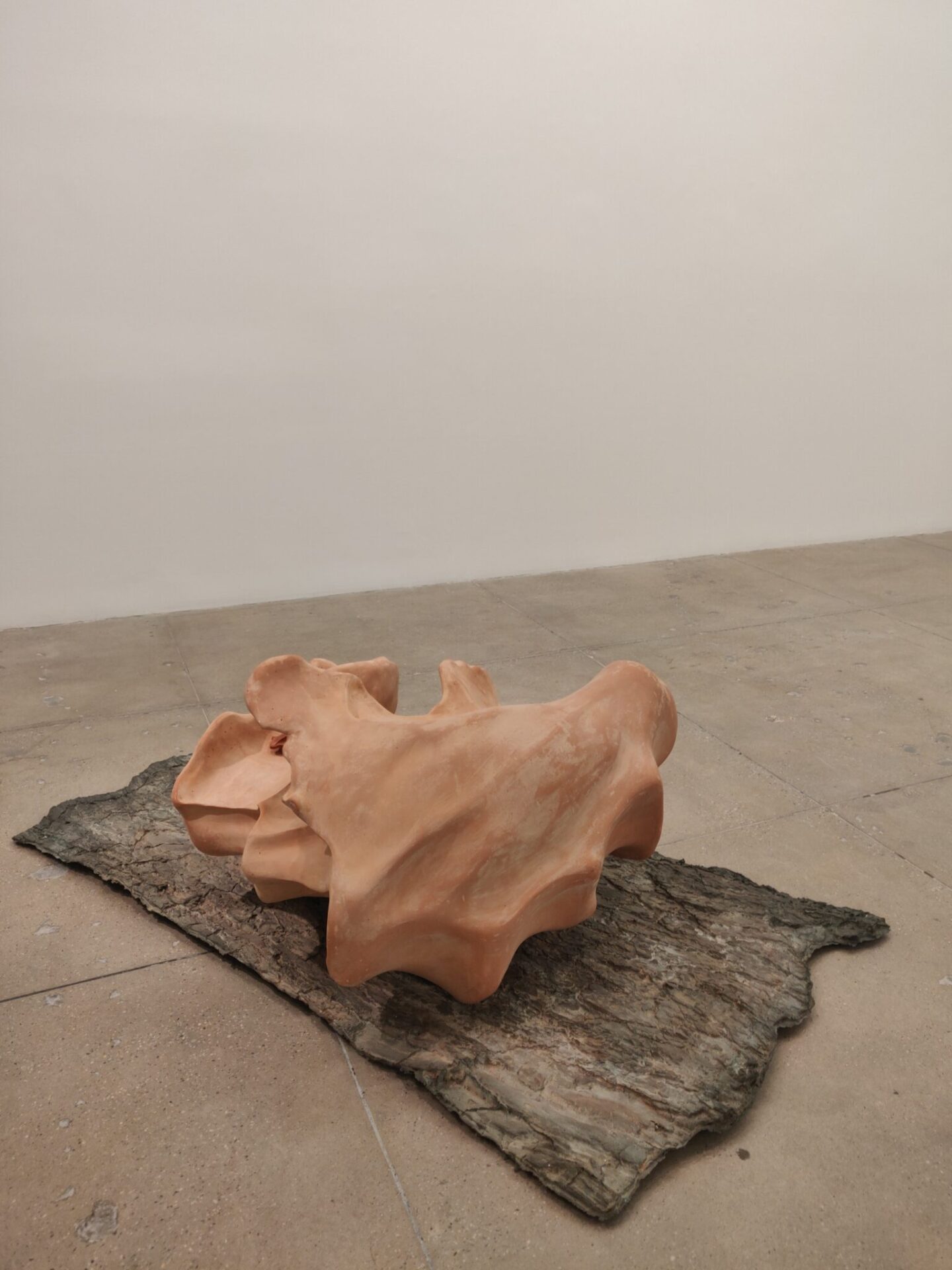 In the corner of the room are the 2015 Indistinti Confini—Contatto (Indistinct Boundaries—Contact), works from 2015 that look like ordinary tree trunks covered in a thick coat of white paint but are in fact sculpted from Carrara marble, and what appears to be exposed bark is actually cast bronze. Created in the traditional point and hammer technique, these sculptures surprise viewers by challenging their perceptions and expectations of the pieces. 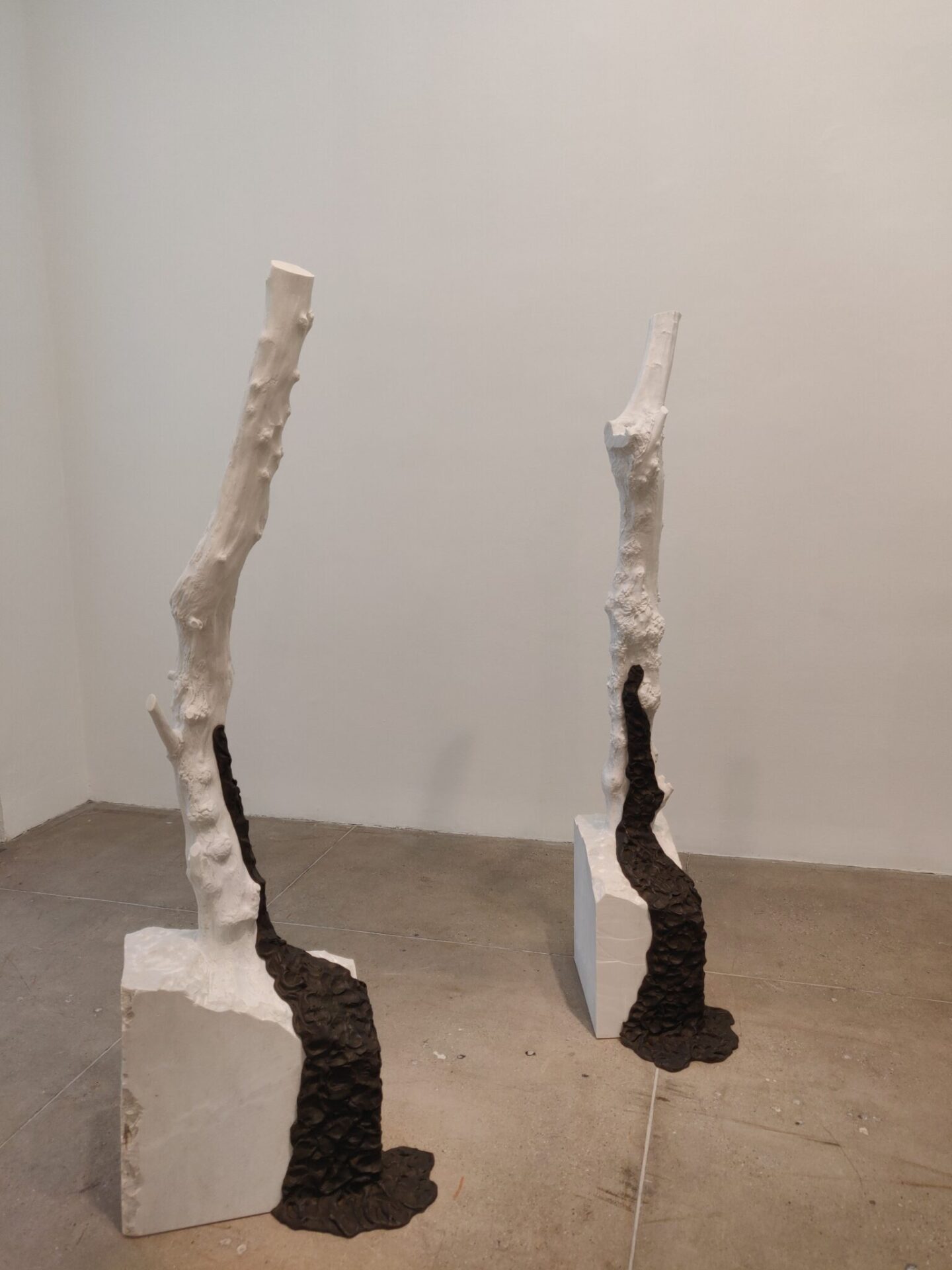 On a nearby wall is Penone’s Terre (Earths) (2015), made up of nine iron panels with an earthen landscape of terracotta fragments like the ones in Leaves of Grass. Immediately beside the large paneled piece is the 2014 Avvolgere la terra—corteccia (To Envelop the Earth—Bark), an enlarged version of the terracotta forms on a horizontal bronze plate cast from the surface of a tree bark. Together, these pieces illustrate Penone’s preoccupations with material impression, tactility, man’s relationship to nature, and art-making methodologies of merging nature with art.

Upon finishing our tour, Ms. Nolen invited us to view the William Kentridge exhibit on the lower floor of the gallery, featuring a selection of the artist’s prints from the past two decades, including a special showing of 30 etchings for Nose, which were made leading up to, or concurrent with, Kentridge’s direction of Shostakovich’s The Nose at New York’s Metropolitan Opera in 2010.